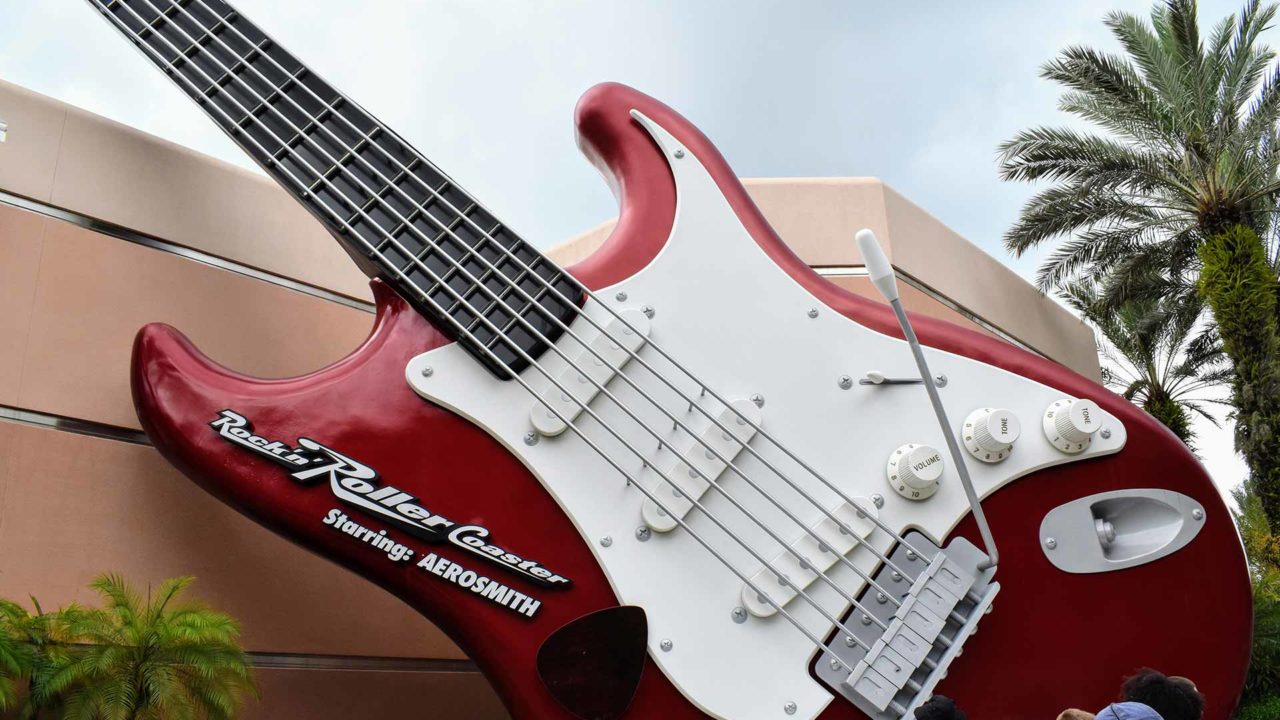 Disney is busy preparing for the return of the D23 Expo, the first one held since 2019, and we’ve got some juicy predictions for you! The expo is scheduled for September 9th, 10th, and the 11th in Anaheim, CA after being rescheduled from 2021 due to the COVID-19 pandemic.

If you didn’t already know, the “23” in the name refers to 1923, the year Walt Disney founded the company. Because of that, the Walt Disney Company has stated it is their intention to use this year’s D23 to celebrate and share plans for the company’s 100th anniversary in 2023. Needless to say they’ve got a lot in store! So with that out of the way, let’s get into Mickey Central’s 2022 D23 Expo Predictions!

1. PeopleMover Returns to Disneyland as Part of Tomorrowland Overhaul

The attraction utilized the same tracks as the PeopleMover but this would end up being the ride’s Achilles heel. Rocket Rods was promptly closed and removed two years later because cracks started to form around turns and on the supports for the tracks themselves. The issue is the original PeopleMover track was not designed to tolerate the higher speeds and weight of the Rocket Rods ride vehicles. Ever since then, fans of both coasts have mourned the loss of Disneyland’s PeopleMover and have longed for its return.

22 years later, there may finally be hope because we’re predicting it’s finally time to overhaul Disneyland’s tired and outdated version of Tomorrowland. In order to accommodate modern ride safety standards, the PeopleMover track would have to be adjusted from its original route. The original track wasn’t conducive to guest evacuations, for example. Disneyland’s Tomorrowland is a hodgepodge of many renovations and changes over the decades; it’s long overdue for another refresh. We’d personally love to see it become themed like TRON. Sleek surfaces with smooth lines and lots of color. So be on the lookout for Tomorrowland and PeopleMover news at this year’s D23.

2. Primeval Whirl Gets a Replacement

Back on the East Coast we expect to hear what will replace a roller coaster that recently went extinct. Back in 2002, Primeval Whirl opened as Animal Kingdom’s first roller coaster and has entertained family members of all ages on its time bending twisty turns. Primeval Whirl finally met its end when the parks closed due to the pandemic on March 15, 2020 never to reopen again.

So what could replace DinoLand’s only coaster? How about an even bigger coaster? If you check out the image below, you’ll be seeing concept art for the original iteration of what would eventually become DinoLand U.S.A. If you look closely in the background, you can spot a roller coaster which was never built.

What we’d like to see announced is a competitor to Universal’s new VelociCoaster. A thrilling, dinosaur themed coaster that pushes the envelope would be a nice compliment to Expedition Everest. It could also serve as a spiritual successor to the carnival atmosphere of DinoLand U.S.A. that many say has outstayed its welcome.

We’ve heard from a lot of fans over the years that they would love to see a Zootopia land at Disney’s Animal Kingdom but former Imagineer Joe Rohde quickly shut that down by saying they try to enforce the “no pants” rule. Ultimately meaning that Disney’s Animal Kingdom is supposed to represent authentic nature and animal issues, not the human issues disguised in an animal story.

3. Fantasmic! Gets a Return Date

Fantasmic! is another attraction that closed back in March 2020 that has yet to reopen. While Disneyland’s version of Fantasmic! resumed in May, Disney World’s has not. As of writing, Disney has just announced that cast member rehearsals for Fantasmic! at Disney’s Hollywood Studios have finally started which would signal the performance’s return is imminent.

We expect Fantasmic!’s return date to be sometime during October 2022. This is not only Disney World’s 51st anniversary, it would be the start of a new fiscal quarter which Disney leadership seems to love oh so much these days. Take a look at the video teaser released by Disney Parks below.

Fantasmic! is a personal favorite of ours. Disney’s Hollywood Studios doesn’t feel complete without it so we can’t wait to hear more about its return!

After more than basically 5 years of construction, TRON is in the final stages of buildout and hopefully worth the wait. This summer we’ve seen the canopy installed, ride tested (with people too!), and most recently, paving and landscaping! All of this points to TRON Lightcycle / Run being ready to open soon. Look for opening information to be revealed at the D23 Expo. We are thinking about 2022 sometime from October to December. After how fun Cosmic Rewind turned out to be, we’re really looking forward to entering the Grid and experiencing the world of TRON soon!

Speaking of TRON, for the last 3+ years, the Walt Disney World Railroad has been out of operation to accommodate construction of the new ride. Diehards and train enthusiasts alike can look forward to hearing the steam locomotive’s horn and going for a ride again real soon as we expect to learn about its return date this weekend at D23 Expo.

At this point I think we speak for all of you when we say we’re officially sick of seeing construction walls everywhere at EPCOT. We’ve seen the walls come down at Remy’s Ratatouille Adventure, Guardians of the Galaxy: Cosmic Rewind, park entrance, and the former Innoventions East, which is now occupied by Creations Café, Club Cool, and Creations Shop. At this point the bulk of the work left is right up EPCOT’s spine. More specifically, the center walkways which include Dreamers Point, and Journey of Water Inspired by Moana.

Disney Parks Blog recently shared a sneak preview of Journey of Water Inspired by Moana and it looks fantastic. We’re really looking forward to seeing the new EPCOT in all her glory. EPCOT’s 40th anniversary starts next month so it would be really nice to have the majority of the construction be completed for the celebration. We realize it won’t be done next month, so any time before October 2023 would be ideal.

Now that the summer rush at Disney World is over we can expect Splash Mountain as we know it to close at any moment. As most of you know by now, Disney announced in 2022 that Splash Mountain will be rethemed to Princess and the Frog and renamed to Tiana’s Bayou Adventure.

Not much is known about the new attraction; not the opening timeframe nor thematic elements which leads us to think this year’s D23 Expo is the perfect time and place to delve deeper into the backstory and technical details. If you want to get one more ride on Splash Mountain, now is the time!

This one isn’t much of a surprise because this is just hoping Disney announces they will still do what they initially announced they would do. We’re talking about the announced and then never heard from Mary Poppins attraction in the UK Pavilion, information about the PLAY! Pavilion, and the canceled Main Street Theater project from the mid-2010’s. Fingers crossed at least some of this comes to light.

Rock ‘n’ Roller Coaster seems increasingly out of place at Disney’s Hollywood Studios as time goes on. First opened in 1999, the members of Aerosmith are now in their mid-seventies and many of the younger guests don’t have much of a connection with them. The park itself has changed a lot in the last 20 years as well. From how music and movies are made to more about entering the movies themselves. Don’t get me wrong, Rock ‘n’ Roller Coaster is still a great ride but it’s time to move to a more relatable theme. Disneyland Paris’ version of Rock ‘n’ Roller Coaster just got rethemed to Iron Man for example.

Due to contractual obligations that I won’t get into right now, Disney cannot use most Marvel characters in Florida so an Iron Man coaster is unfortunately off the table. What we think would be great is re-theming it to a Monster’s Inc door coaster. Anyone who’s seen the movie has been reminded of a roller coaster and I’m surprised it hasn’t been done before. We propose a Pixar land between where Toy Story Land is and where Rock ‘n’ Roller Coaster is. This would really improve the flow of Hollywood Studios and appeal to more people than Aerosmith.

So there you have it: Mickey Central’s 2022 D23 Expo Predictions! We’ll probably miss the mark on a good number of these predictions but you never know what actually might happen! This is a fun way to make some educated guesses and explore what Disney World and Disneyland have the potential to become. What are your predictions for 2022’s D23 Expo? Let us know in the comments below or tag us on Twitter! 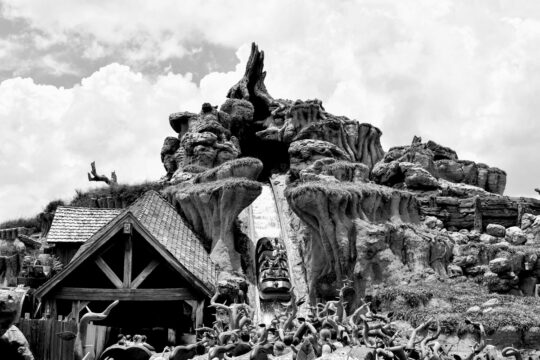