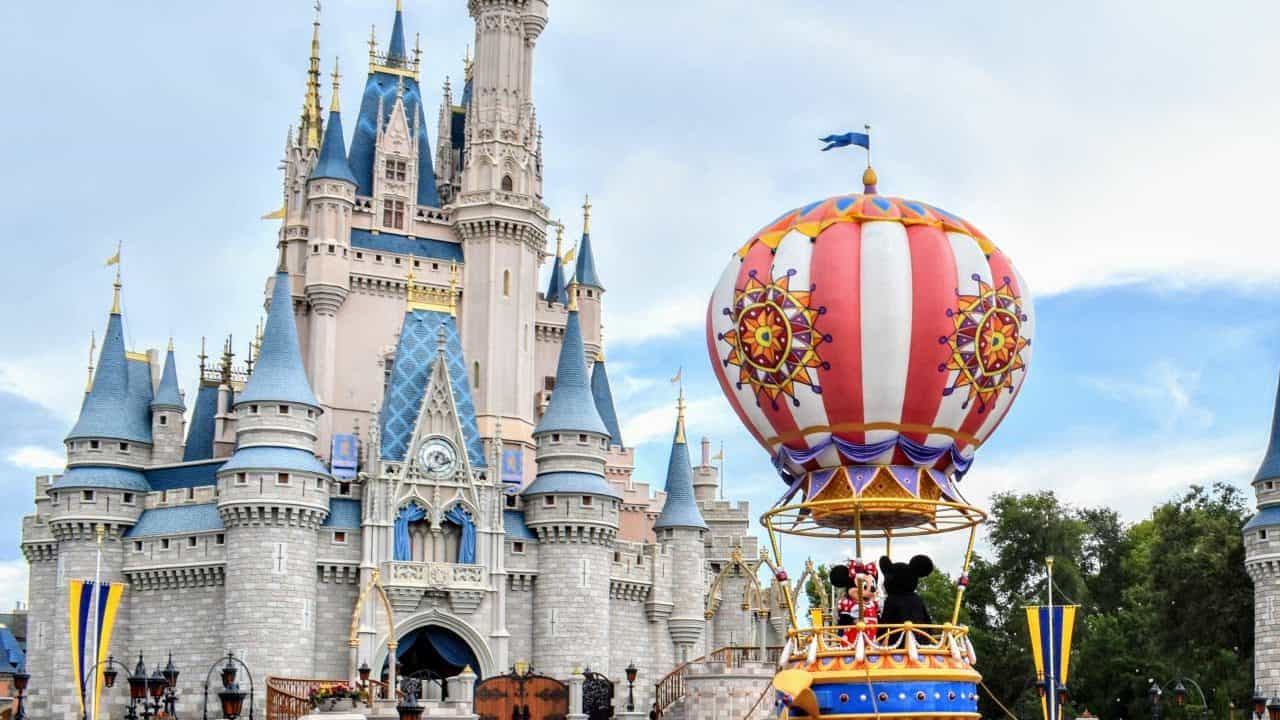 Festival of Fantasy Parade float with Mickey and Minnie in front of Cinderella Castle.

One of the best things about Walt Disney World is its passionate and vibrant community. You can find fans of Disney World on all of the popular social networking sites, including the most popular one, Facebook. In the groups you can find people sharing knowledge, advice, news, and lots more. In this article we’ll take a look at the best Disney World Facebook groups.

Some of these groups are older than others, but they’re all moderated well, and very active. I’ve been a member in these groups for quite some time, and I can vouch for their quality. Each group has their own rules, so make sure to read them before you post or comment.

Disney World Junkies is a massive Disney World Facebook group run by Frank Goodman. It’s so popular, there are even some fakes out there trying to piggyback on the success of the group. If a constant stream of Disney World pictures, videos, questions, and advice is what you’re looking for, this is the group for you.

Walt Disney World Adults Only is quite a bit smaller than Disney World Junkies, but it’s also more focused. It’s specifically for adults who like to visit Walt Disney World without children. In this group there are no kid posts, photos, or videos allowed. Overall, it’s pretty refreshing scrolling through this group’s posts. If you’re looking for a more mature Disney World Facebook group, this is the one for you.

Walt Disney World Tips and Tricks is a very helpful Facebook group, especially if you’ve never been to Disney World before. The members and admin in this group are super helpful. The tone of this group lies somewhere between Disney World Junkies, and the adults only group. You’ll find a lot of questions and answers, advice, and most likely learn a thing or two about Disney World.

Disney World Addicts is similar to Disney World Junkies, but less active and chaotic. If you don’t want a Disney World Facebook group blowing up your feed all day, but still want lots of Disney World content from other Facebook users, this might be a good group for you. Most users in this group are super fans and know Disney World inside and out.

Disney World Central is noticeably smaller than the other Facebook groups listed in this post, but that just means there is plenty of opportunity to establish yourself in the group. This is the official Facebook group for Mickey Central (the site you’re currently on). It’s a perfect place to discuss your upcoming trip, Disney World news, and share Disney World photos and videos. If you’re looking for a smaller and tighter Disney World community on Facebook, this is a good group for you.

Do you belong to any of the Disney World Facebook groups above? Do you recommend any others? Let us know in the comments below.